​      Like Billy's other politically-informed songs such as "Allentown," "Goodnight Saigon," and "Leningrad," the story is told from a very personal perspective, in the first person.  And the references in the song to actual places, nautical and otherwise, such as "Block Island Sound," "Gardiner's Bay," and "Islanders" juxtaposed against more mythical or religious lines ("giants out there in the canyon," "where God only knows," and "I am trawling Atlantis") help convey a sense of a life rooted in gritty realism but controlled by larger forces.  Much of the fishermen's fate is beyond their control, but they keep working hard because there are bills to pay and "children who need clothes."  And the last line "there ain't no island left for Islanders like me" is particularly poignant and hits you like a sudden wave.
Musically, the rhythm of the song, with its emphasis on the the first and third beat of a measure rather than the second and fourth beats in most popular, mimics a boat lurching in the sea against the waves.  And the use of the accordion and fiddle, instruments often associated with folk music or "common" people's music ground the music in reality befitting the subject matter.   The fiddle solo in particular also helps give the song a sense or urgency and the frenetic pace at which the work is done. 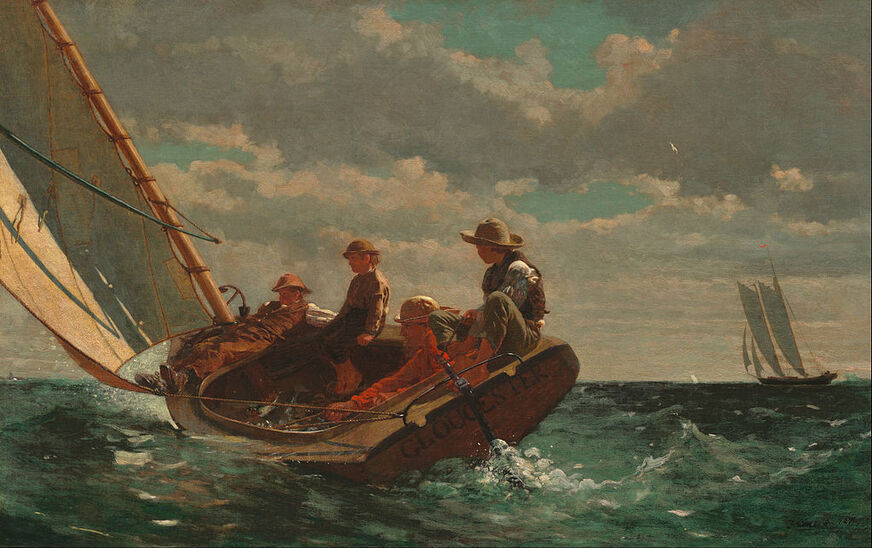